You may have wondered, what is black magic? There are many debates about what exactly black magic is and how it differs from white magic, or any other type of magic you may have heard before. In the simplest terms, all magic is part of the same energy and it really has no color, but in the mass media, such as movies, television and radio, it has become very popular to distinguish between white, black, red magic, and so on. Popularly, black magic is portrayed as evil, and white magic as good. Red is often seen as the color of love, and green as money or wealth.

So, what is Black Magic?

Witches and sorcerers consider that Black Magic are all those spells or magic works that fight against, or try to manipulate the free will of people. Because these spells try to influence the natural flow of life, they can become dangerous and counterproductive. Free will is considered by some to be the most powerful force in nature and care must be taken when seeking to manipulate through the dark arts.

The division between what can be considered black magic is still ambiguous. Love spells are rarely seen as black magic, but if the spell causes someone to leave their spouse and travel across the country to be with you, you are no doubt messing with their free will. However, a simple love spell to get a first date does not really interfere with free will.

No matter how you decide to define black magic, the following recipes are generally considered as black magic spells, and are easy to follow, using homemade ingredients:

How to Make a Voodoo Doll Easily at Home 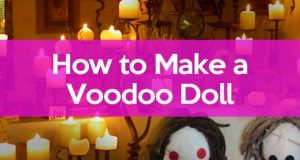 In this article, we will learn how to make a voodoo doll that actually works. Voodoo dolls are an important part of many religious traditions around the world and are still widely used in different religious ceremonies. It is believed that they work as a channel of communication with the deities, through which we can urge them to exercise their ...

END_OF_DOCUMENT_TOKEN_TO_BE_REPLACED

Can Black Magic Kill Someone? Are There Any Death Spells? 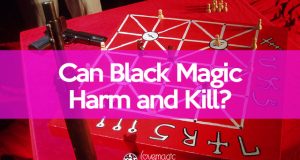 Is it possible to use black magic spells to kill an enemy? The term “Black magic” refers to casting magical spells that use the power of evil forces. The use of black magic has many destructive consequences and can cause unnatural effects in the atmosphere and universe. Can Black Magic Kill a Person? Experts in black magic are very powerful people ...

END_OF_DOCUMENT_TOKEN_TO_BE_REPLACED

How To Curse Someone From a Distance: Punish Your Enemies 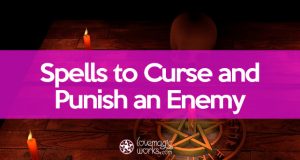 In this article, we’ll talk about how to curse someone from a distance using effective Black Magic spells. When all other tactics fail, Black Magic can be used to achieve the desired result. Black magic is fed by spirits and powerful forces, so it is important to know what you want to achieve before you start casting these spells, otherwise, ...

END_OF_DOCUMENT_TOKEN_TO_BE_REPLACED

Pact With The Devil: How to Make a Faustian Contract or Deal 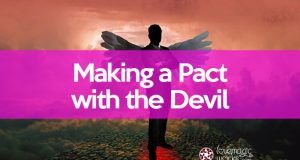 There are people who wonder if it is really possible to make pacts with the devil to get what they want, and others feel it would be interesting to make a pact with the devil to get money, fortune or some other kind of service. It is a dangerous deal and a commitment for all life. There are many different ...